A bit about Zac (ok, more than a bit) 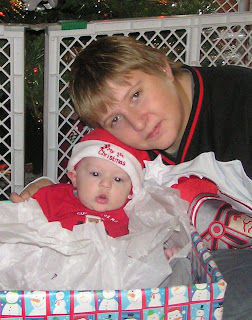 Other than his sports I don't post much about Zac, it may be because he's been rolling over, walking, talking and potty trained for years! So here's what he's been up to.

Zachary started high school this year. Last year he (and we) had to decide what he wanted to "major" in. Yes, already at 13 years old, he is supposed to start thinking about what he wants to do with his life. Since he's always done well in math & science, his counselors have always pushed in in the direction of engineering.

So, after looking at course offerings at the high school and our local technical institute, he started to lean to the tech school. Now, when I went to school back in the olden days, vo-tech was not the place where anyone who was interested in going to college went. It was mainly trade oriented (carpentry, masonry, plumbing, etc.). I'm not putting these jobs down, and it's a great start for many kids, BUT vo-tech also had the stigma that this is where kids who had no interest in school, the burnouts, went and unfortunately, the vo-tech's reputation was not stellar.

So when Zac wanted to do the pre-engineering course at the tech school, I was a bit apprehensive. We have a friend who teaches electrical there, so we went to him for some advice. He assured us that the course Zac was looking to take was only of the brightest and smartest and that he would be surrounded by kids who want to learn. Also, there were prerequisites in Algebra and it is mandatory for him to maintain good grades in his science and math. We toured LCTI (they no longer call it vo-tech) the other night, it has really become a state-of-the-art facility and has received awards from the state and is touted as the #1 technical institute in the state. The equipment and computer technology available is insane. Many of the instructors have been in the work force and then after a considerable about of years in their field, took up teaching as a 2nd career. (Zac's teacher was an engineer for AT&T for 30 years).

Zac is doing great in his engineering class, we had parent night last week and he showed up the robotic arm he programmed to do some tasks, he showed a suspension bridge he had to design using a computer aided drafting program, and helped build a robotic car. His teacher assures us that Zac has a lot of potential and is doing very well in his engineering class. Plus, Zac is enthusiastic about the course, which is huge! The other bonus is that there are only TEN kids in his class. That's an awesome teacher:student ratio especially since he's in that class 2 1/2 hours. He gets individualized attention. There are two other 9th grades in the class, the others are 10th & 11th grade students.

Zac goes to his homeschool first thing in the morning for attendance, then gets on a bus to go to LCTI, he is in class there for 2 1/2 hours, has lunch and then comes back to his homeschool for his core classes. He is doing exceptionally well in math and science which is to be expected, but then there are Language Arts (English for us old-timers) and Social Studies. He makes no extra effort in these classes and had a B- and C in those classes this marking period. Which are not bad grades, but when we go online and see all the ZEROS he gets on homework, we just want to smack him upside the head. He's smart enough to do well in class and on tests, so he slacks off on homework, it's infuriating at times. This has been our battle with him since 5th grade. He's become "immune" to groundings and such, uggggh.

And just one last brag on Zac, we got his state tests back from last year. Advanced for reading and comprehension is 1473, he scored 1650. Advanced for math is 1446, he scored 1722. I've been trying to find out the max score possible, someone said 1800, but I'm not sure. Then there is writing ... Advanced is 1748, he only scored 1426 which is proficient, definitely not his strong suit, but still higher than average.
Posted by Dani

This is what I dread. Zac sounds EXACTLY like me. I did "just enough". Which I'm sure frustrated my parents to no end. Sabrina already shows signs of following in her mother's footsteps. Groan....

Sounds like me too...just enough to slide through on a minimum of effort. Homework was just too boring and repetitive for me and I always passed the tests so why bother repeating til the cows come home?

My mother said as much to my teachers LOL