Apparently I've been Slacking Off 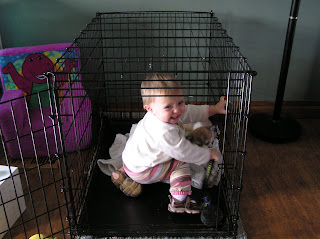 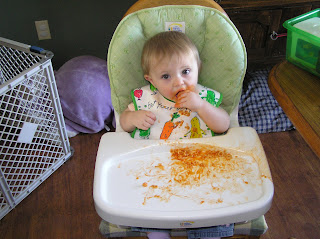 I was "gently" reminded to update my blog, so here's the latest! LOL

OK, the puppy is doing well, HOWEVER, she has giardia, which is an intestinal parasite that gave her diarrhea, once discovered it was cleared up quickly with just a couple doses of antibiotics, she still has a few more days to finish the prescription, but she's doing great. Of course, giardia, is also a parasite that humans can get and since we had the puppy almost 10 days before she showed symptoms, I took some diaper scrapings (Marybeth I know you can sympathize with this! -- and for the rest of you, yes, I know it's TMI) in to be tested yesterday and we are waiting results. Cassidy and Corki share their toys, so there was a small chance the parasite was passed on to Cassidy.

UPDATE: Received her results and the parasite test was NEGATIVE!!! So that's great, I've been disinfecting and sanitizing everything. I'm going to go through and sanitize all the chew toys once more.

On the pregnancy front I have to say today was the WORST day of any of my pregnancies. I had to go have blood drawn for a screening, they did do a draw last week, but unfortunately there it clotted, too much hemoglobin; and they needed to do another draw. Well anyone who knows me knows I have ONE phobia and it's needles. Well I went this morning after drinking copious amounts of water the last 24 hours and peeing every 15 minutes. Well, the girl couldn't find a vein, tried one arm, then the 2nd, I was in tears. It wasn't painful, she didn't hurt me, but OMG I hate this process so much I need someone quick and efficient. So she went me back to the waiting room, she refused to stick me again. They were going to see if they could send me to the lab upstairs. After a few minutes she came out with 3 options, reschedule when another girl was in the office to do the stick, go upstairs to the lab, or she could prick my finger now and get fill five circles on a card with my blood. Well this was a no brainer for me, prick my finger!!!!
It took a bit to get enough blood to fill the five circles but was way better than getting stuck. Now I will be in a panic the first week of March when I have to have the 2nd panel drawn by the same office.
Posted by Dani 2 comments 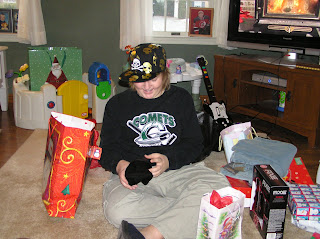 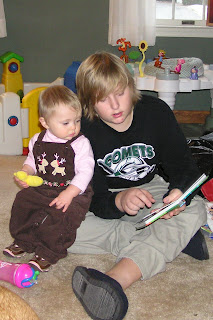 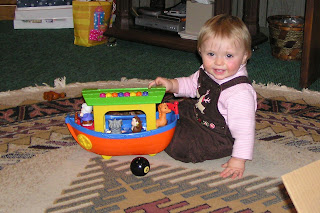 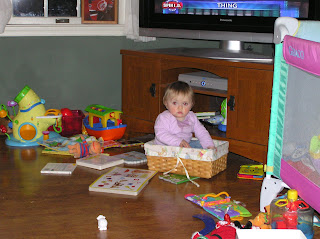 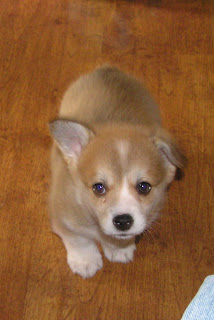 I know I've been slacking in the blogging department. Sorry!!! I am getting over my morning sickness and starting to feel a bit like my old self. Of course, this is just in time for our new addition --- a puppy!!!

In November, our dear sweet Cricket went back to her breeder to have her second litter. She had some complications, her 6th puppy got terribly stuck and they had to do a c-section. Unfortunately, the 6th & 7th puppies didn't make it. Cricket and the 5 remaining pups were doing fine, however, a few days after the delivery Cricket got lethargic, wouldn't eat, they rushed her to the vet and within a few hours her heart stopped. They believe it was a delayed reaction to the anesthesia used for the c/s. They did an autopsy and couldn't find any other problems. So the breeder offered us a puppy if we wanted one. After the initial shock of losing Cricket, we decided on getting one of her pups. Of course, we had no clue I was preggers at the time. Luckily, Cricket's half sister, Sydney had a litter of pups a few days before Cricket and readily adopted Cricket's pups. The breeder was a bit worried as the pups weren't thriving. But Sydney did a wonderful job and all the pups survived. We got the runt of the litter, the only surviving female. She's just adorable. We already see some of Cricket's habits in her.

Hockey season is winding down, thank goodness, I've had enough. After 8 years, I've had enough. The new coach has decided to move Zac to offense and Zac's not happy. We decided that this will be his last year of travel, in a way it's good that Zac's not happy, it hasn't been hard to persuade him to just play school hockey next year. There is such a lack of commitment from the coaches this year, they show up for practices when it's convenient, there is no sense of responsibility, coaches kids miss the most practices and play the most minutes, while kids who never miss a practice are benched. Yes, I'm a whiney mom. If we were a team in the hunt for the playoffs I could understand sitting kids, but we suck, there are only 4 teams below us. Out of 16. The love of the game has been destroyed for Zac this year and that's what really pisses me off. I know he's not the best kid on the team, but attendance and behavior should count for something, oh gosh I better stop now I could continue rambling on and on about the inadequate leadership of the morons running the team!!!

Cassidy is doing great. She's running now. She's almost completely on real food, we still have some jarred food which she'll get til we run out. It's hard to believe she'll be a year old next month. Of course, we'll get to celebrate her one year birthday at the hockey tourney in Virginia! LOL. She loves the new puppy, but they both are rough on each other. Cassidy thinks a sleeping puppy is something to be stepped on or rolled on. And of course the puppy (named Corki) thinks Cassidy's hands are yummy.
Posted by Dani 4 comments